With eBill, invoices are delivered directly to you in e-banking, where you can then approve them. This does away with the need for manual scanning. In these step-by-step instructions, we show you how you can set up and activate eBill.

Log into e-banking. Select the «Payments» tab. Click on «Register for eBill». You will then be forwarded to «Enhanced payment functions». 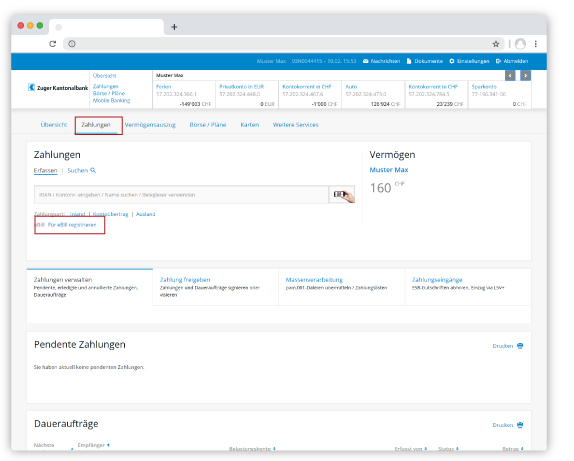 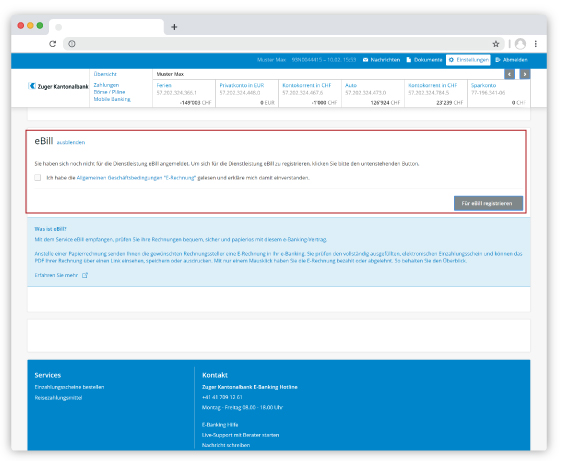 Under «Authorise accounts», select the accounts that you would like to authorise for eBill. To do so, click the toggle but-ton. Then go to the eBill website. 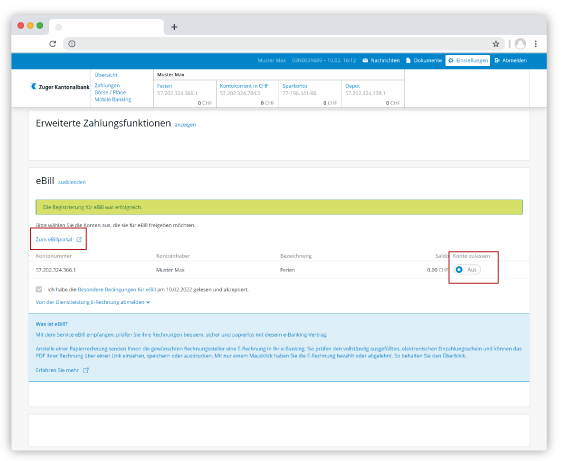 Enter your email address in the eBill portal, and click on «Register». 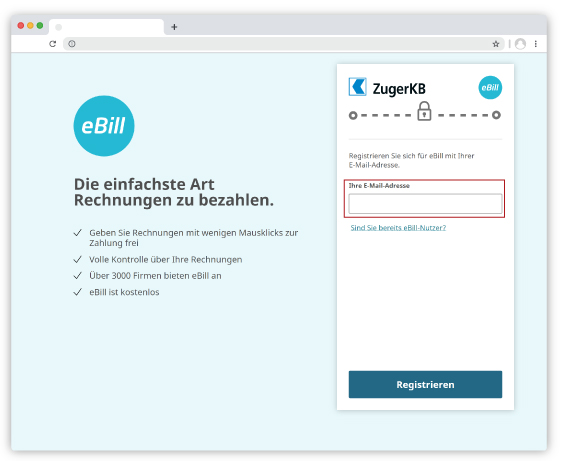 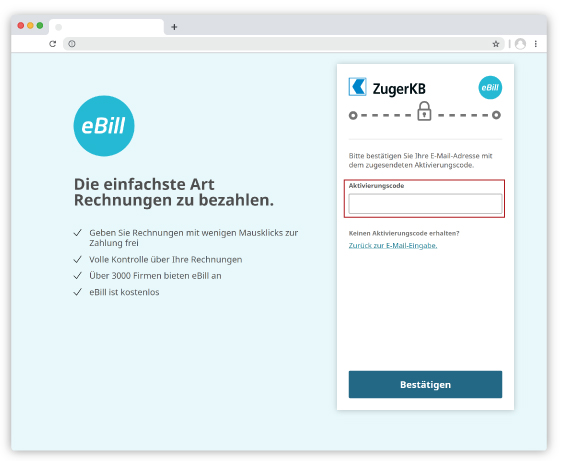 Your data are displayed. Click on «Confirm». You will then be taken to the eBill overview. 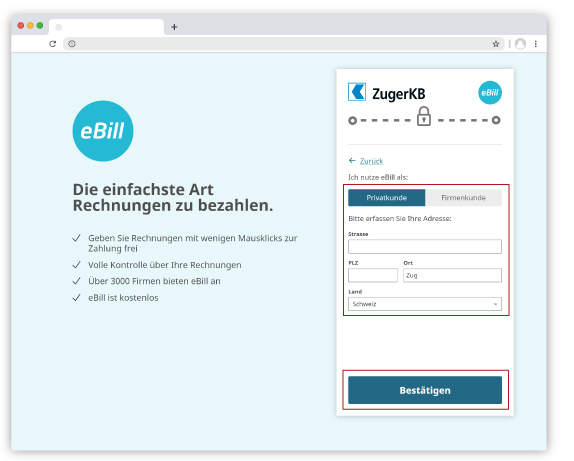 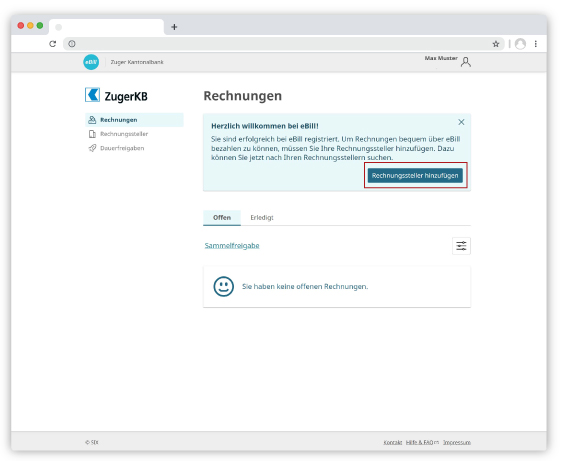 IMPORTANT:
If you delete your subscriber number, you will not automatically be deregistered for the invoicing parties.

You can yourself choose which invoicing parties you want to receive electronic bills from in your e-banking in future. Over 220 invoicing parties are currently available for you, and more are being added all the time.

The subscriber number and the related activation key serve to protect the data stored at SIX Paynet. The key is used for activating your subscriber number. Please store these items of information safely.

When paying electronic bills, you will not yet be able to reclaim the value added tax deducted from them.

Meaning of the status messages

The status messages enable you to check the status of your e-bills:

Rejected
The e-bill has been rejected. If you would still like to pay the bill, you can reverse the rejection and then approve the e-bill for payment. The rejection can be reversed at any time up to the time the payment is due.

Transmitted
The e-bill has been transmitted to the bank. The payment can no longer be modified.

Notification
E-bills with this status cannot be edited. They are sent for information purposes only, as you have granted this invoicing party authorisation for direct debiting (LSV). The amount is debited directly via LSV.

Paid
The amount has been transferred to the invoicing party.

Settled
An e-bill is given the status “Settled” if a reminder or an invoice for the corresponding e-bill has been settled or the in-voicing party withdraws the bill. E-bills with this status can no longer be edited. E-bills that have been settled remain ac-cessible for 90 days.

Due
The e-bill is due for payment.

Faulty
E-bills with this status cannot be edited. An error occurred during transmission. You will receive a new bill.

Reminder
This e-bill is a reminder to settle an e-bill that is due and has not been paid. If you pay this reminder, the status of all the e-bills it refers to will change to “Settled”.

Pending
An e-bill with the status “Pending” has not yet been processed by you.

Cancelled
These e-bills have been deleted and can no longer be edited.

Do you need further support?